These are...complicated. Born of a desire to connect more deeply with both the performer and the audience, I am attempting to make a shared space for communication. Instead of asking the performer to carefully attend a private document of notation, these scores are for the audience as much as the performer. Built initially from vellum, ink, watercolor, and found objects, they are only fully realized when they are animated temporally, through fixed audio and video. The desire is for something immersive, an evolving audio-visual environment in which sound, expression, and interpretation co-exist. I used to bein my fully notated works using sketchbooks, drawings of sounds, and narrative theory - and it felt sincere. Now these works take that approach (and the vulnerability inherent in it) to create a shared narrative environment in which the exchange of sound/music/noise (hopefully) exists more equitably. 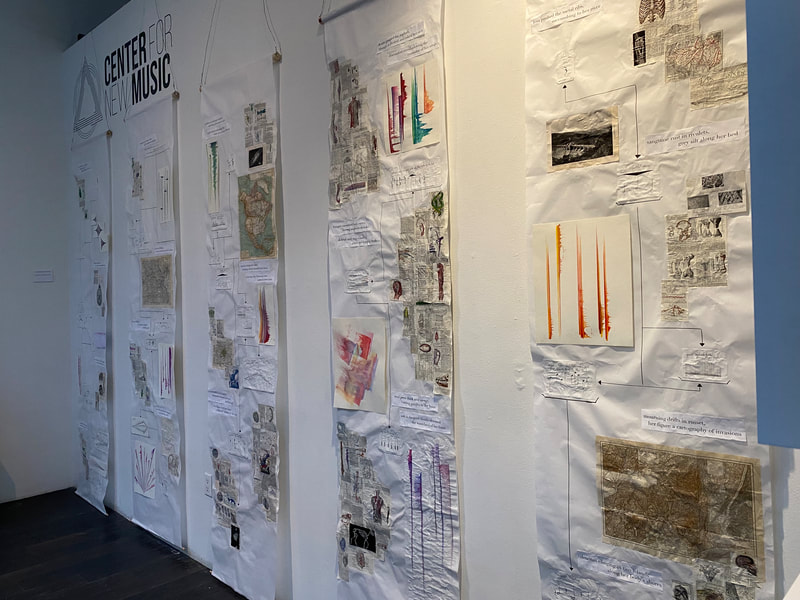 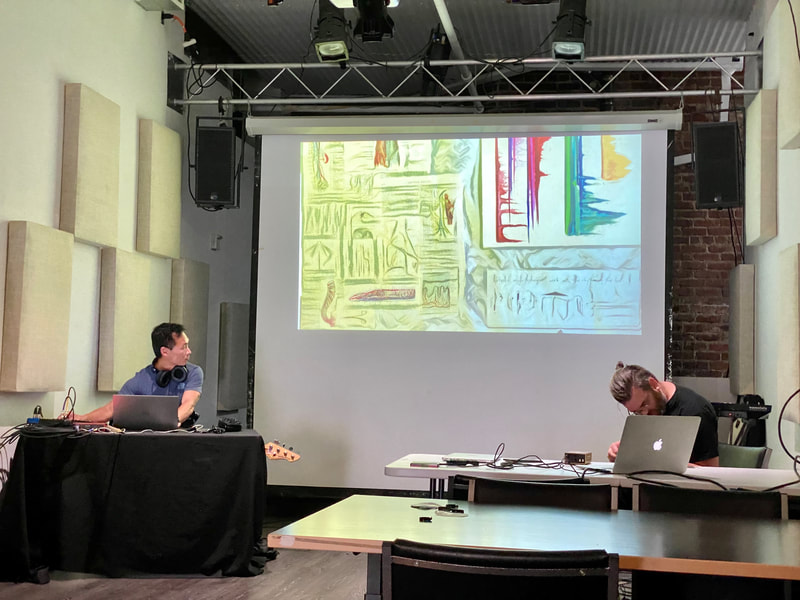 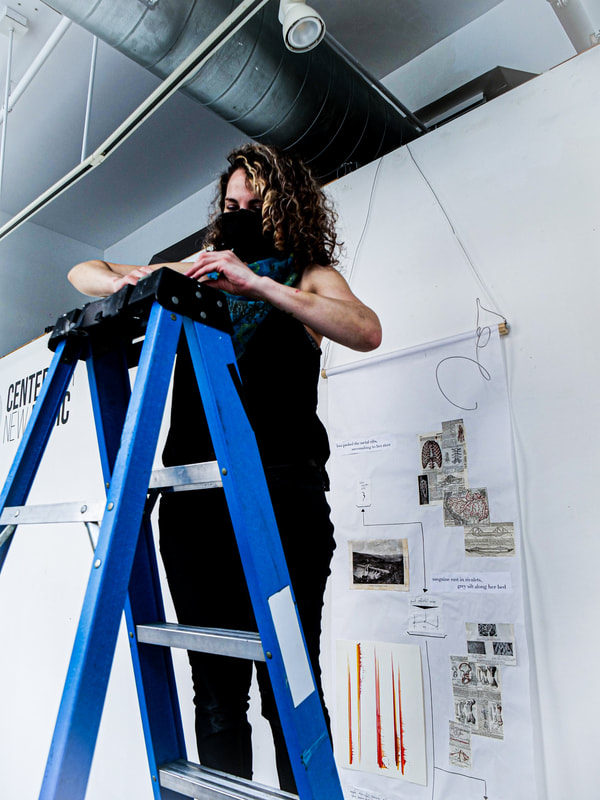 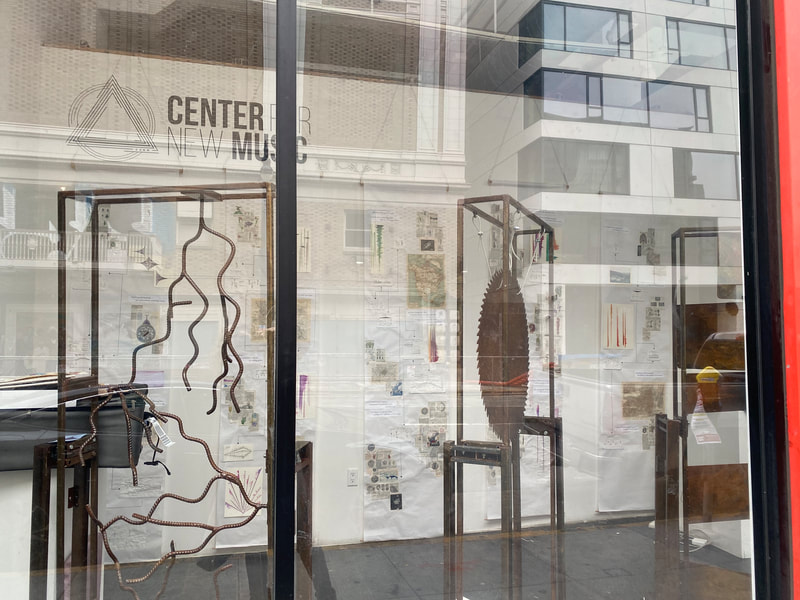 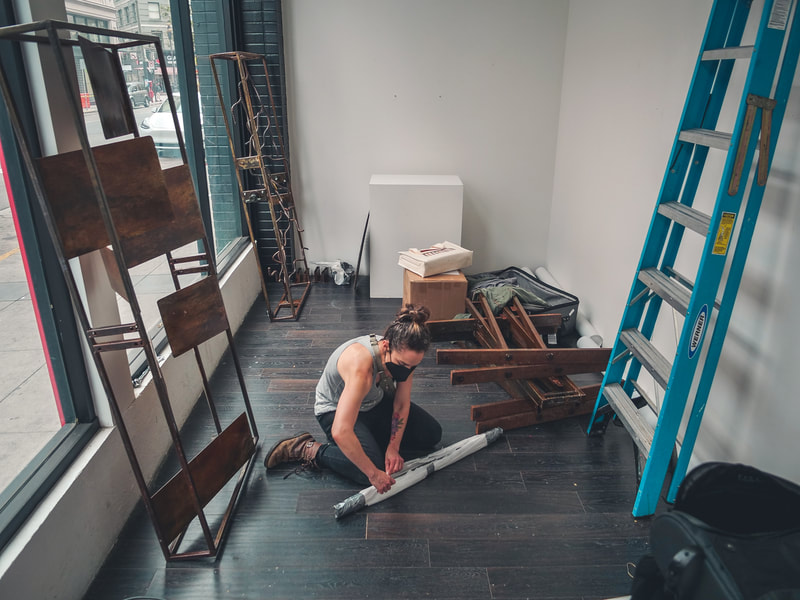 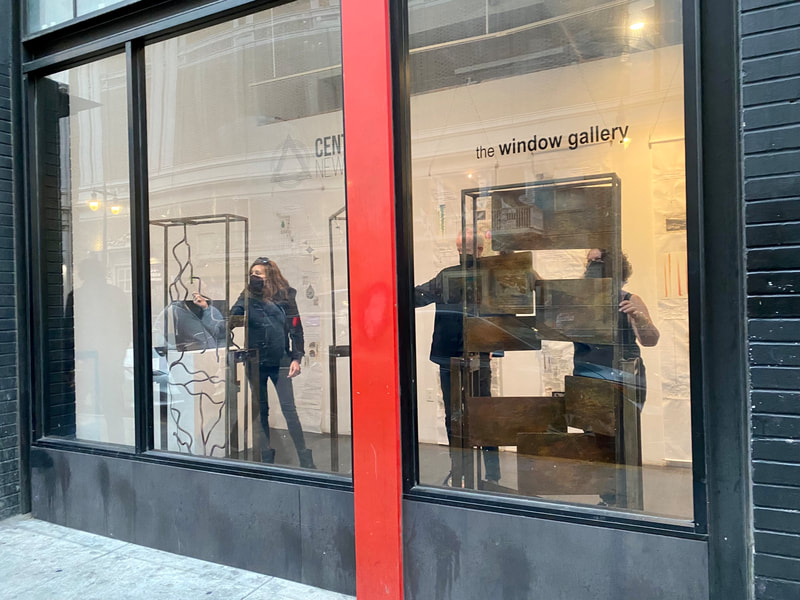 Commissioned by the Center for New Music in San Francisco, her body's shores was created as in both installation and performance forms. The installation lived at C4NM for July and August 2022, and Adam Fong and Brent Miller gave the workshop premiere of the performance work. Here are some photos (including a few of the mess I made during the installation process...)
​ 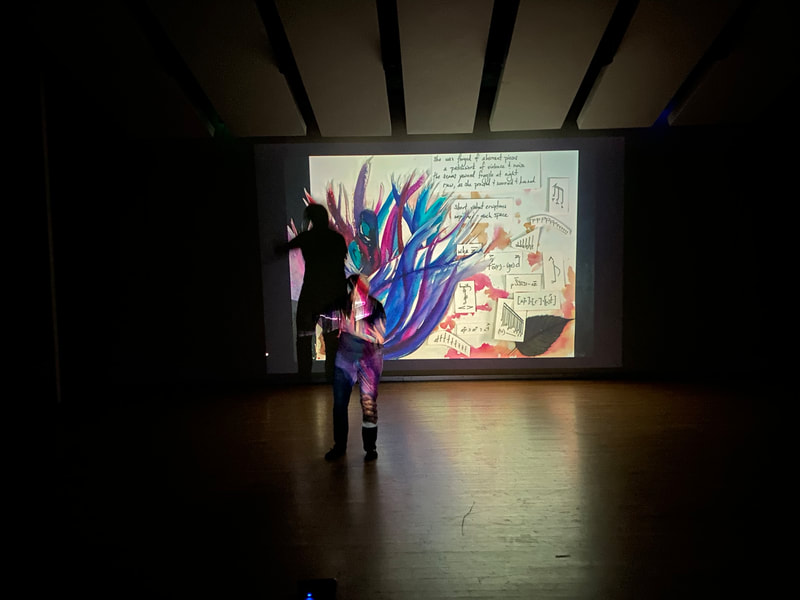 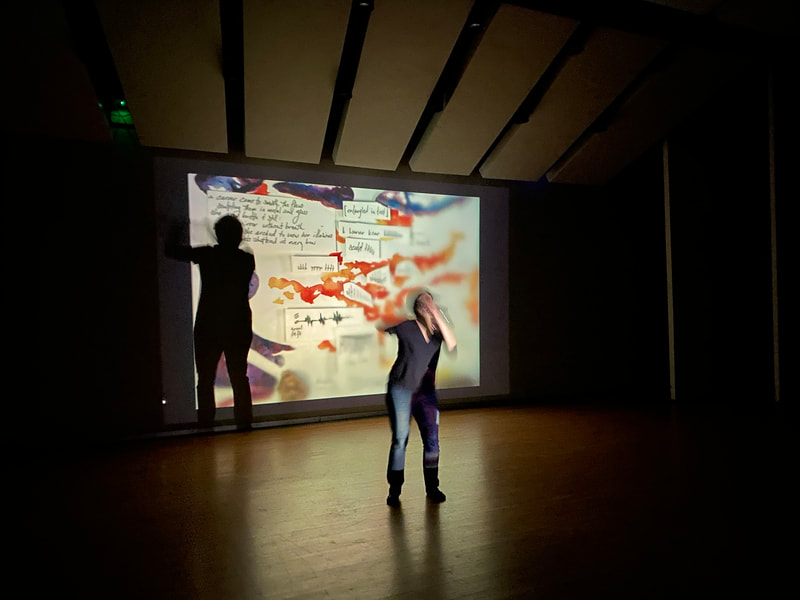 Chimera’s Garden is from a series of works I call ‘narrative environment scores,’ and it was created collaboratively with the talented Shanna Pranaitis, who is currently recording the piece for the Music of SEAMUS Vol. 23 album set to release in spring 2023.  Narrative environment scores are born of a desire to establish a shared aural-visual world for the listener and performer that evolves temporally. The original physical score combined watercolor, ink, and found objects to convey the connections between the protagonist and the natural world. That document was then translated to video and fixed media, to act as both the object that the performer reads/responds to, and the context in which the audience experiences the performance. The protagonist of the piece is never at home with others, always at odds with her surroundings, until she loses herself in the cultivation of her garden. She is eventually both fulfilled and subsumed by her remote sanctuary, as her body transforms through obsession. Many thanks to Shanna for her patience and insights in bringing this piece to life.

Above are some stills from rehearsals in 2022 - archival footage of the premiere performance at SEAMUS can be found on Shanna's youtube channel! here (please note that the focus quickly improves over the first 20 seconds)

New video excerpts and stills coming in the spring!